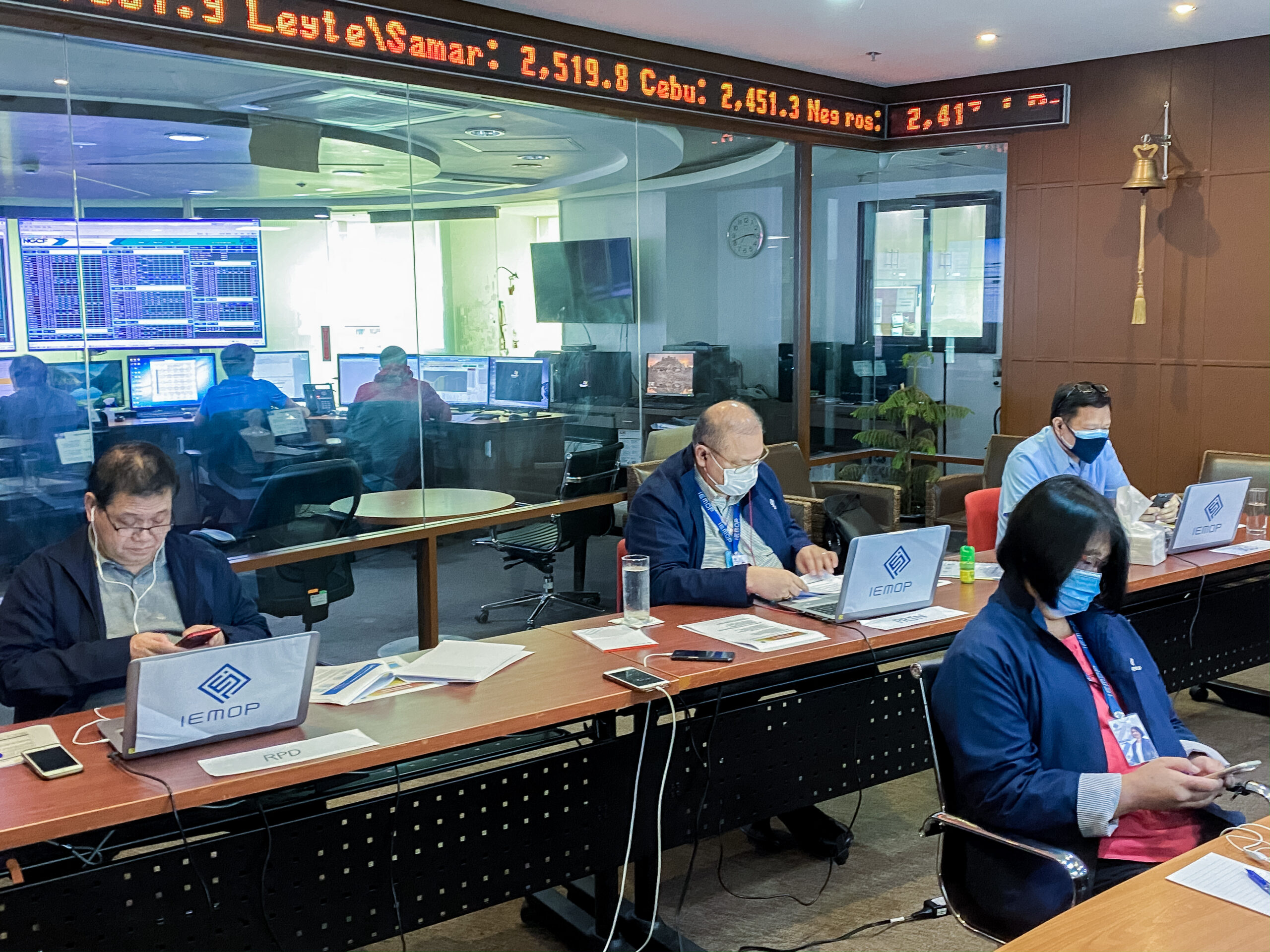 IEMOP Remains on Track with its Targets

The Independent Electricity Market Operator of the Philippines (IEMOP) held its first online Market Participants’ Update (MPU) in line with its commitment to provide efficient, reliable, and transparent market management services.
With the theme “Sustaining Momentum”, the Market Operator apprised the WESM participants on the latest trading results, developments, and other enhancements to ensure a robust and competitive power bourse.

IEMOP reported a robust market trading participation with a total registered capacity of 20,177MW with about 16,500MW of generation capacity in Luzon and around 3700MW in Visayas. The registered participants for the Wholesale Market remains strong with 279 members; while for the retail market, there are 1,581 participants to date.

For 2020, the total generation in the Luzon and Visayas grids for the first 5 months went down by as much as 5.3% compared to the same period last year. Total energy production for January to May 2020 was 31.850 TWh versus the recorded 33.633 TWh last 2019. Coal and natural gas plants accounted for more than three-fourths of the generation mix.

On a more detailed note, the total generation for January to February 2020, which was before the onset of the pandemic, was higher by 6.5% at 13.306 TWh compared to same period last year. However, during the ECQ, the demand consumption dropped significantly. The total generation from March to May 2020 was only 18.543 TWh which recorded a drop of 12.3% during the same period last year.

In January 2020, price spikes were observed as capacities from South Luzon were unable to transmit their generation due to the multiple tripping of major transmission lines in the Luzon grid because of the Taal Volcano Eruption last 12 January 2020. High prices were still observed resulting from the maintenance outage of large generators and relatively higher demand in the month of February. The average system demand for this period was around 9,552 MW with an average market price of 3.24 P/kWh.

System demand dipped from 16 March 2020 to 15 May 2020 due to the limited operations of establishments amidst the implementation of the ECQ. The average system demand was around 8,617 MW which lowered by 17.03% from the pre-ECQ level. Moreover, the average price during the ECQ period was around 1.55 P/kWh due to the ample supply margin.
For May 2020, multiple price spikes were observed as a result of generator forced outages. Upon the shift from ECQ to GCQ on 16 May 2020, the demand gradually increased. The average demand was around 10,006MW from 16 May 2020 to 25 June 2020. Price spikes were also observed during the first week of June 2020 due to some generator forced outages which resulted to an average market price of 3.08 P/kWh.

Customer Transactions
The period of January to May 2020 recorded a total consumption of 30.477 TWh. Accordingly, customer transactions for 2020 generally dropped by 5.2% as compared to the same period of 2019. About 11.6% of this consumption was sourced from the WESM at an average Effective Spot Settlement Price (ESSP) of 2.53 P/kWh.

Enhanced WESM Design and Operations
IEMOP officially launched its ‘Fast-Forward to Five’ campaign which aims to highlight the Parallel Operations Program (POP) Activities for the New Market Management System (NMMS) that will facilitate the 5-minute market trading by December of this year.

In relation to the said campaign, IEMOP conducted back-to-back focus group discussions with the WESM stakeholders last 24 June as a precursor to the succeeding phases of the POP.

Meanwhile, the involvement of the Mindanao power players also remain to be a determining factor in setting the timeline and target date for the operation of WESM in Mindanao.

Market Developments
To further substantiate its commitment to continuously innovate market solutions, IEMOP also presented its set of ongoing market developments and rules change activities in support of the policies and issuances set by the Department of Energy (DOE) and Energy Regulatory Commission (ERC).

Among the top priorities of the market Operator is the transition to the five-minute market. It is also focused on participating with the Ancillary Services Technical Working Group in preparation for the reserve market. IEMOP has also proposed Rules Changes that aims to enhance the Retail market trading in anticipation of the transition towards full retail competition. IEMOP is also collaborating with the Philippine Electricity Market Corporation (PEMC) for the conduct of a detailed study on developing the electricity derivatives market to enhance the risk management mechanism of trading participants in the WESM and the implementation of the Green Energy Option Program and the Renewable Energy Market.

In the coming days, IEMOP looks forward to bringing forth a more robust and progressive electricity market that is up to par with the global standards.